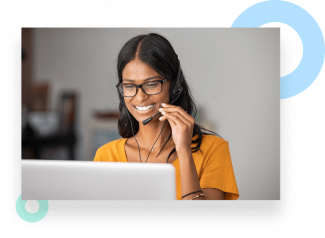 The sudden rise in inflation is likely to have as negative an impact on businesses and charities as it will on individuals. In fact, charities may face a double hit; having to cope with rising prices alongside a potential drop in donations from individuals who themselves have been financially stretched by rising prices. So what can charities do to ride out the storm? One option might be to review the charity’s telephony solution.

Let’s face it; every charity is unique. They may work on a local, national, or even international level. They may have a few key supporters or run a multi-location operation. Nevertheless, there is one thing which binds all charities together; a desire to make a difference in their chosen field. In the public’s eyes there is also another binding factor; the perception of the charity sector as a whole which can therefore be influenced by positive or negative charity headlines.

That’s one reason why at a recent event the Charity Commission’s charities engagement manager Colette Bennett commented that “there’s no room for complacency for charities or for the Commission.” She pointed out that whilst trust in charities had dipped in recent years, that trust still remains higher than in many walks of life. Nevertheless, Colette Bennett also commented that there remains a “stubbornly persistent scepticism regarding how charities use their money and how they behave.”

Perhaps this isn’t surprising given that donors need to feel that their donations are being targeted towards furthering the work of the charity. And that’s where even small improvements such as a more cost-effective charity phone system can play their part; helping to reassure donors that every penny is being spent wisely.

What areas might charities consider when reviewing their phone system? First of all, take a look at the phone number used. Adopting a charity 0300 phone number could help to publicise the charity and to attract callers. And with an 0300 phone number being free for most “minutes” phone packages, it shouldn’t cost callers any extra to ring and either offer donations or ask for help.

Another option which may be particularly appropriate for growing charities is to ensure that any phone system chosen is flexible enough to grow as the charity’s needs change. This will help to ensure that a replacement phone system won’t be required after a short period thereby saving future costs.

Flexible phone systems can also come into their own when running a campaign, perhaps in tandem with UK Charity week which in 2022 runs from 5th to 9th December.  Special events such as these may require increased phone capacity for a short time so a flexible system which enables that increased capacity without incurring increased year-round charges can be a more cost-effective way of using the charity’s resources.

Callagenix offers special phone packages for Charities, offering discounts on calls and hosted phone solutions. Take a look at the information on our website or give us a ring. [3] We can help you to design a charity telephony solution which is right for your charity. Best of all, all of our Callagenix business telephone solutions are fully flexible, enabling charities to add or drop services in line with changes to their business model.