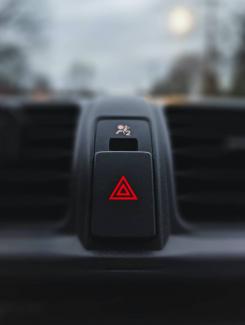 There’s nothing new about the idea of a national alert system. Indeed many countries have already seen successful deployments with messages being sent out over mobile or phone networks to warn of fires, floods and other hazards.

In the UK, a 2012 trial which looked to extend the existing flood warning system over landlines concluded that it would be too costly to implement. In 2014 a follow-up trial which looked to broadcast alerts via the mobile system concluded that “emergency responders are still very keen to see the implementation of a national mobile alert system” with 85% of the public also being in favour. Location based SMS messaging was seen to be the preferred medium with a number of recommendations made for follow-up work including running a pilot in one area of the country.

Move on to 2018 and the then Government issued a formal request, looking for one or more suppliers with the “expertise to provide additional insight into options for a mobile emergency alerting scheme to citizens.” Now the development work seems to be reaching a conclusion with the announcement of a trial of the new system which is to take place in East Suffolk on 25 May.

If the trial, which will broadcast a test message only, is successful, the system will gradually be rolled out across the country later in 2021. Messages will be sent out from cell towers in the vicinity of the emergency and, the government say, will be secure and one-way; providing details of the incident and directing receivers to a website for further information. As such, no location or personal data will be collected.

Commenting on the trial Paymaster General Penny Mordaunt said: "The Emergency Alerts service will be a vital tool in helping us to better respond to emergencies, both nationally and locally. This new system builds on existing capability and will allow us to more quickly and effectively get life-saving messages to people across the UK.”

Whilst the Emergency Alerts service will work on a national or local level, what happens when businesses need to alert their people, customers, and others about an emergency which affects their own organisation? Perhaps a fire or other incident has restricted access to the premises. Or maybe an IT failure has taken computer systems down. That’s when business continuity planning comes into play.

Depending on the nature of the emergency, businesses might decide to deploy one or more of a number of measures which have been designed to keep people informed and maintain business as usual, as far as that is possible. For a start the business could issue its own emergency SMS messages advising key personnel and other businesses of the situation and what the plans for recovery are.

Emergency information lines could also be deployed, enabling people to phone in and receive up to date information. Messages on these lines can be regularly updated to keep people advised of a changing situation. If phone lines are down then switching calls to alternate numbers or transferring the entire phone system via a hosted pbx switchboard system could also help people to stay in touch.

Whatever the method or methods chosen, the key message is alerts should be sent out as swiftly as possible with follow-up information easily accessible. That way individuals and contacts know what is happening, and can plan their response accordingly.